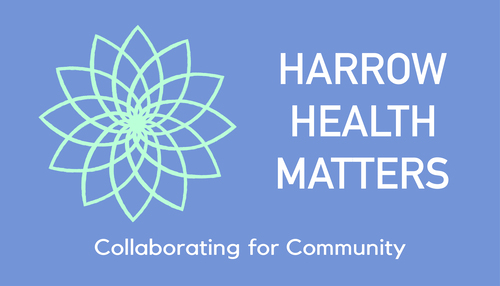 Harrow Health Matters will always have your best health interests at heart and will collaborate with other health, wellbeing and fitness professionals and experts to support our Community.

Harrow Health Matters will always have your best health interests at heart and will collaborate with other health, wellbeing and fitness professionals and experts to support our Community.

With 30 years of clinical experience in private practice, and having treated thousands of patients, not only in the UK, but across the globe, Lalit Sodha D.C, believes in his mission statement of ‘Health by choice, and not by chance’.

His practice in Eastcote hosts a well-trained team of Chiropractors, Osteopaths, Massage Therapists, and a brilliant support team (who are the life of the clinic!). With a warm and welcoming atmosphere, every patient is treated like a member of the family.

Lalit graduated from the Canadian Memorial Chiropractic College, Toronto, Canada in 1990. 4 years later, he also qualified with the Spine Research Institute of San Diego, in their Masters Programme for Whiplash Injuries.

Fully registered with the General Chiropractic Council, and the British Chiropractic Association, Lalit uses the Diversified Technique, and treats all areas of the spine, and the joints of the body. He also uses the Activator Method. His keen interest in yoga and maintaining spinal health with stretches, exercises and manual alignment has helped him integrate yoga and chiropractic for betterment of health.

Dr Sodha conducts spinal care classes at the clinic every fortnight and also lectures for private groups and companies. He has been a guest speaker for organisations such as the Lions Club, Rotary Club and Round Table. He can communicate in English, Hindi, Gujarati, Swahili and French, which has also helped him treat patients from many different countries and cultures

Over the years, he has treated numerous singers, dancers and performers at Wembley Arena before and after performances. These included both Bollywood and Hollywood actors, including “Riverdance” star Michael Flatley. Lalit also treats some of the UK’s leading actors, politicians and business people. On visiting the clinic, you might even spot some pictures of him with some known faces!

He regularly hosts virtual sessions, and gives talks on health and well-being, in particular, spinal health and posture. A passionate public speaker, he also enjoys MCing live on online platforms to guests from all around the globe, from athletes to businessmen, celebrity actors, singers, motivational speakers, celebrity nutritionists and health practitioners.